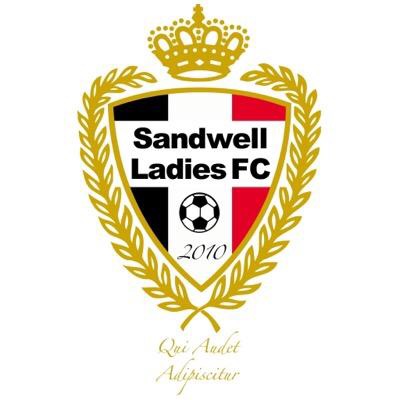 AFC Telford Ladies entertained early pacesetters Sandwell Ladies to TCAT for their second successive home fixture on Sunday. They were hoping to make amends for defeat against the same opposition in the reverse fixture just two weeks ago.

The British weather didn’t disappoint either with both teams up against the swirling wind and driving rain. It was the Bucks who started the brightest playing into the wind creating a number of half chances including a goalmouth scramble from a corner which couldn’t be finished. On 8 minutes the deadlock was broken in similar fashion this time from a free kick, after numerous attempts up stepped Charlotte Budd to poke home her first goal of the season.

It was the home side that continued to dominate the half but they were unable to extend their lead or force the Sandwell keeper into a save. The best chance to extend the lead came 5 minutes before the break after scorer Budd turned provider for Danni Garrett as her cross into the box was put over from 4 yards.

The second half began with the Bucks now having the advantage of the wind and a slender lead to build on. On 60 minutes came a key moment in the game as Head Coach Darel Tidman-Poole introduced Jem Smith from the bench to find at decisive goal to seal victory. 5 minutes later it was indeed Smith who added her name to the scoresheet and what a goal it was. Known for her stand out goals, Smith picked the ball up from 50 yards. Whilst advancing she found the Sandwell defence open up and she unleashed an unstoppable low drive into the bottom corner from 40 yards.

However, it wasn’t to be the match clinching goal that the ladies wanted as Sandwell made things interesting just 2 minutes later. A free kick from 30 yards looked to be sailing over the bar before getting caught up in the wind and striking the crossbar. The Sandwell striker was alert first to seize upon the rebound.

Just when you thought we had seen an early goal of the season contender, once again it was Jem Smith who stepped up to add another goal to the equation. The Bucks won a free kick 25 yards from goal as Smith stepped up to curl the ball right into the top corner and wrap up the victory for the Ladies.

An impressive performance from the Ladies reflected in the thoughts of Head Coach Darel Tidman-Poole, “I’m very proud of the women. They showed grit and determination in windy conditions to turn the result from 2 weeks ago on its head – it was no less than what they deserved for their hard work.

A special mention has to go to Jem Smith; to be able to call on that level of quality in order to secure the game for us, is great for me. I feel like our league campaign is now back on track and we look forward to the sizeable challenges ahead of us in the coming weeks.”