Telford will return to action on Tuesday night, when the Bucks will head to Solihull for an FA Trophy third round clash.

Damson Park (now also known as the ARMCO Arena) was, of course, the site of the Bucks’ famous quarter final triumph in 2019. Goals from Amari Morgan-Smith and Daniel Udoh and a last minute penalty save from Andy Wycherley earned the Bucks a memorable 2-1 win against the Moors, and saw Gavin Cowan’s team progress to a semi final with Leyton Orient.

The Moors finished 2nd in the National League Premier that year, just three points behind champions Orient, while in the North the Bucks narrowly missed out on the playoffs on goal difference. But while the Bucks have struggled for form since that point, Solihull have consistently been in and around the promotion picture. The Moors currently sit in 7th spot having recorded a 3rd-placed finished last season.

Former AFC Wimbledon and Notts County boss Neal Ardley is the man in the Damson Park dugout now. And Ardley, who was appointed in the summer of 2021, has won an impressive 52% of his games in charges of the Moors.

But despite the change of management, the core of the Moors team remains much the same as it was when the sides met in 2019, with captain Kyle Storer, keeper Ryan Boot, centre back Alex Gudger and tenacious midfielder Jamey Osborne all still playing key roles in the Solihull side. Meanwhile, Ryan Barnett and Nathan Blissett, who both featured in that quarter final clash, have since swapped sides. Andrew Dallas is the Moors’ main threat up front; the young striker has netted ten times in all competitions this campaign.

A 2-1 win over Oldham at the start of the month ended a run of seven games without a win for the Moors, but the West Midlands club have been good on home soil this season having lost only two of their 13 games at Damson Park.

The Bucks have only lost one of their last seven visits to Solihull, though, and Kevin Wilkin’s men may flourish in the underdog role without the pressures of league football.

You can buy tickets in advance via the Solihull website. 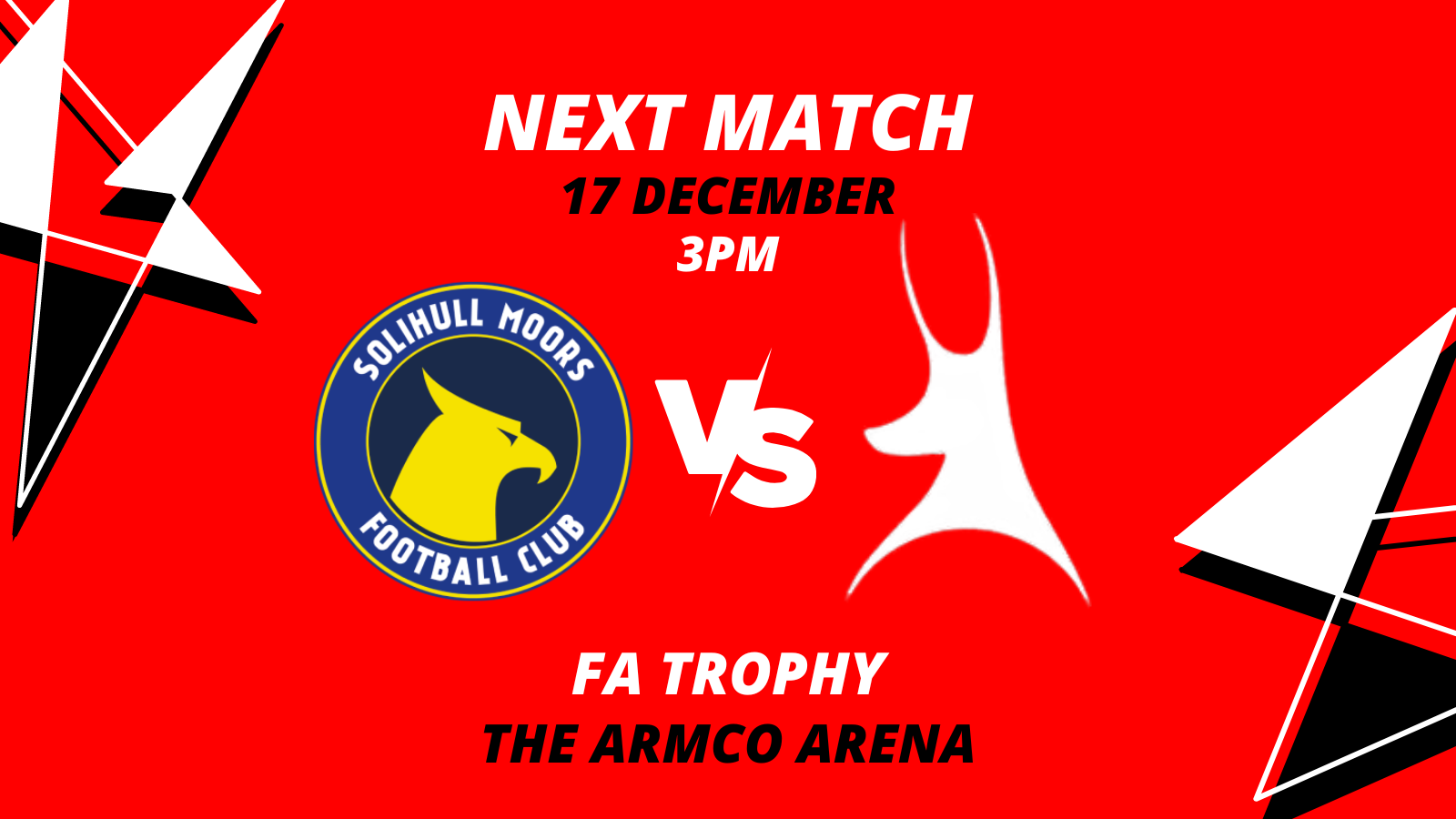 AFC Telford United are delighted to announce the signing of Cameron Antwi on a youth loan from...