A pitch inspection will be taking place at 4pm on Friday afternoon.

The Bucks head to table toppers King’s Lynn Town this weekend hoping to build on last Saturday’s win at Buxton.

The Linnets are level on points with AFC Fylde, but they currently edge out the Coasters for top spot on goal difference. And while there are a clutch of clubs within striking distance of 1st place, the the top two have played fewer games than the chasing pack.

King’s Lynn, of course, won the National League North in Covid-affected 2019/20 season. Town had two fewer points than York when the season was cut short, but they claimed the title by dint of having a better points per game ratio. Two seasons of struggle in the National League Premier followed. After a reprieve from relegation in the 2020/21 season, the Linnet finished last season in 21st, nine points adrift of safety.

Title-winning boss Ian Culverhouse left the Norfolk outfit in November 2021, with former Southampton midfielder Tommy Widdrington taking the reins. And although Widdrington – who has previously managed Salisbury, Hemel Hempstead and Eastbourne Borough – couldn’t keep the Linnets up, his King’s Lynn team have been around the top of the table all season.

Town are four unbeaten, picking up ten points from a possible 12. What’s more, they have the division’s best home record, with only Leamington taking a point away from The Walks this season. In fact, the Linnets have a near perfect record on home soil, winning the other ten of their 11 league games.

AFC Telford haven’t beaten Town in any of the five matches between the two sides, with the Linnets running out winners in each of the last three encounters. Most recently, after an even opening hour, King’s Lynn cantered to a 4-0 victory at the New Bucks Head earlier this campaign. But the Bucks are under new management now, and Kevin Wilkin’s men are unbeaten in five and have four points from the last two away games. Another three points for the Bucks on Saturday will have a big impact at both ends of the table.

You can buy tickets in advance via the King’s Lynn website. Please note that a pitch inspection is taking place at 4pm on Friday. 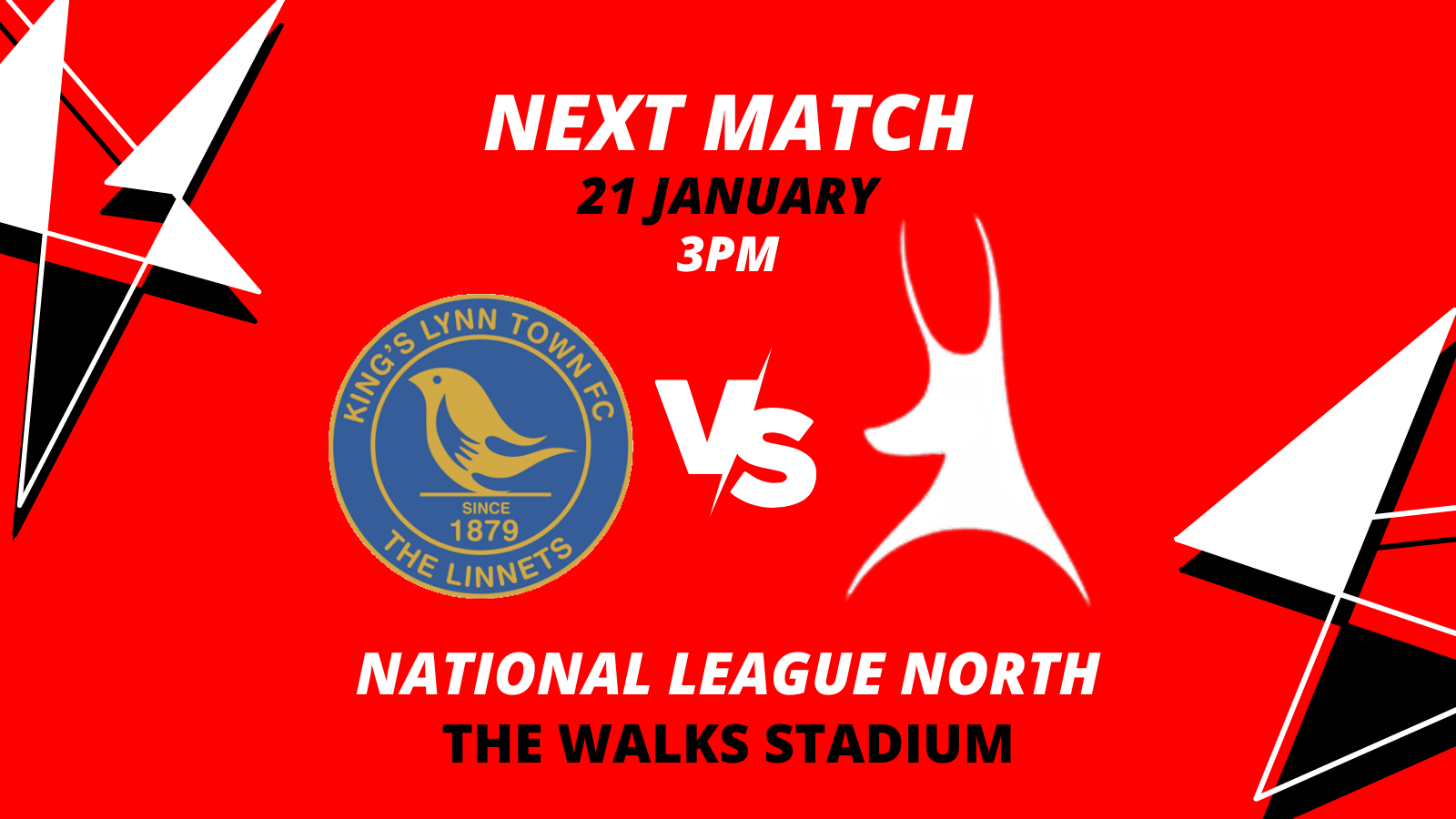 AFC Telford United can confirm we have reluctantly accepted the recall of Montel Gibson from...