After five games Darlo and the Bucks had identical records, mirroring each other result for result – win, draw, loss, loss, draw. Back-to-back victories over Farsley Celtic and Boston United have lifted the Quakers up the table, though, and they currently sit in 7th place on 11 points.

Boss Alun Armstrong was appointed by the Quakers in May 2020, shortly after he’d guided Blyth Spartans to the playoffs. And while Armstrong’s Darlington haven’t hit the heights of his Spartans side, last season saw the Quakers in playoff contention for much of the campaign before they tailed off in April and May – Darlo were winless in their final seven games, scoring only three goals in that time.

And that sequence, in addition to losing top scorer Luke Charman in January, led Armstrong to bring in some significant attacking reinforcements this summer. Dangerous target man Mark Beck joined from Harrogate Town and has bagged four goals so far, while experienced National League North winger Kaine Felix arrived on the eve of the new campaign having only joined Peterborough Sports from Guiseley in June. Another notably arrival is Marcus Maddison. The talented attacking midfielder spent six successful years at Peterborough United, but he quit football last December while playing on loan at Bolton. After a short spell at Spalding United, Maddison, a county Durham native, linked up with Darlington in June.

The Quakers ran out 3-0 winners when the sides met at Darlington last season, which triggered the departure of Gavin Cowan as Bucks boss. But under new manager Paul Carden, the Bucks handed Darlo their heaviest defeat of the season, with Carden’s men running out 5-0 winners at the New Bucks Head in January.

In fact, the Bucks have a decent record against Darlington, having won seven and drawn two of the last 13 meetings between the sides. Bucks boss Paul Carden will hope that’s a good omen, as the Bucks look for a first league win in six. 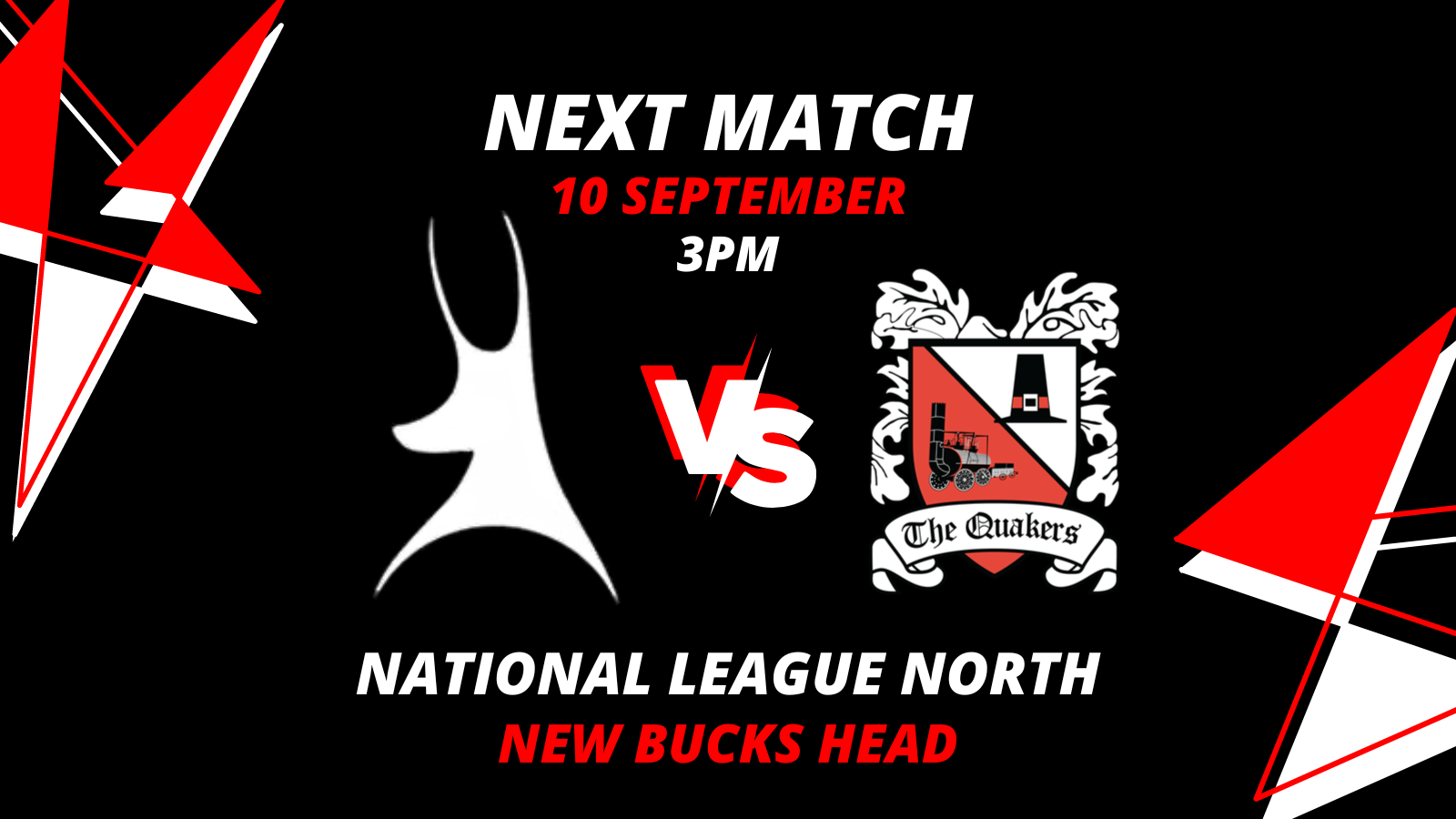 The Vanarama National League has released details of the opportunity for all football fans to...

If you aren’t able to make it along to Latimer Park this evening for tonight’s game, then you...

Do you have 'AFC Telford United - The App' on your smartphone? If you do, then you'll want to...